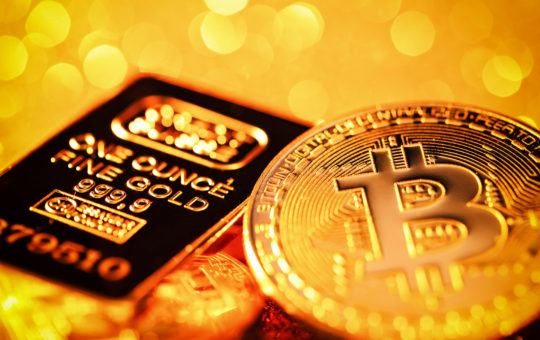 Bitcoin’s (BTC) bulls have reason to be optimistic despite the recent 33 percent price drop, as a long-term technical indicator has turned bullish.

That long-term moving average crossovers are lagging indicators and have limited predictive powers at best is widely known. So, seasoned traders may consider the latest cross as a product of BTC’s rally from December’s low of $3,122 to June’s high of $13,880. After all, MAs follow price and, the longer the time-frame of the MA, the bigger the lag.

Even so, the bulls can take heart from the golden cross, which has proved its mettle as a reliable indicator in the past, as discussed earlier this month.

Bitcoin witnessed a golden cross in the three days to Feb. 3, 2016 – six months ahead of the mining reward halving – following which the cryptocurrency charted its way to a record high of $20,000 by December 2017.

With another reward halving (effectively, a supply cut) due in less than 12 months, history may just repeat itself.

The long-tailed doji seen on the 4-hour chart reflects the fact that sellers failed to keep prices at lows near $9,100 on July 28, with buyers pushing prices all the way back to $9,500.

The candle widely considered a sign of seller exhaustion, more so since it has appeared following a more than 30-percent decline from June’s high of $13,880.

A bearish lower-highs pattern, as represented by the falling trendline, is intact. The 5- and 10-day moving averages (MAs) are also trending south.

The 14-day relative strength index is reporting bearish conditions with a below-50 print. The indicator, however, is now flatlining, indicating a weakening of bearish momentum.

More importantly, dips to or below $9,400 have been consistently short-lived since July 16, also a sign of seller exhaustion.

Disclosure: The author holds no cryptocurrency assets at the time of writing.